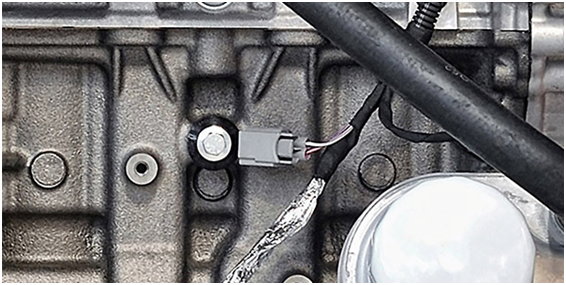 Have you ever experienced stepping up on the gas pedal in your vehicle that responded back with a slight knocking or pinging sound? Can’t remember? Well, it might have come along with the engine noise itself or at the time of the exhaust note. Well, if you could figure out now, then it is most probably hearing is the sound of pre-ignition of the knock sensors in your vehicle. Is it really dangerous? What if it fails? How does this knock sensor help in the functioning of a vehicle? Does it play a role in its Safety? Questions that might be running at the back of your mind are rightly answered by the experts serving at the Chevrolet dealer Moscow, and you can be well aware of this aspect from our discussion below.

What is a Knock Sensor?

The knock sensor is the mechanism installed in your vehicle to detect the vibrations that get generated from a knock or sometimes from irregular combustion. It then sends a signal to the vehicle computer that controls the engine, and from then starts adjusting the timing to rectify the knock.

That occurs because of an area where the mixture of fuel and air is igniting beyond the circle of the flame that originates from the spark plug. If anything like this takes place, this gives birth to a tiny shockwave that spreads around that area of the explosion along with the usual detonation that is expected from the spark plug. This eventually increases the pressure in the cylinder quite significantly. If you take the example of extreme cases, such knocking of the sensors can even cause catastrophic damage to the car engine that includes cavitation or even at times a row of perforation on the piston crown.

Symptoms of a Failing Knock Sensor

As we are now aware of the role that the knock sensors play in the safety aspect of any vehicle, we need to be alert that nothing goes wrong when we are in the middle of the journey, and that it doesn’t leave us stranded in a lonely patch of land, or damage the vehicle engine so badly that it asks for an expensive repair work.

So all we need right now is knowing the symptoms of a failed knock sensor. Identifying each of them at an early stage will save us a lot of money and struggle.

As learned from the experts of the Moscow Chevrolet dealership, any issue with the knock sensor will generate a trouble code that will be displayed through the illuminated Check Engine Lamp (CEL), in the recent cars, although there are some engines that require multiple cycles of failure before registering a trouble code. It is then we will be in need of symptoms that will help us identify the issue before it is too late.

If you notice any or all of these symptoms, carry out an inspection for the Knock sensors to prevent your vehicle from undue damage.