The Tata group is evidently present everywhere; from salts to aeroplane, from cars to trucks and buses, Tata group is one of the market leaders in everything and quality with business means Tata. Tata has served the nation for quite a time now. The Tata motors gave India’s first indigenously built car- Tata Indica and Tata Motors hasn’t looked back since then. Tata cars have offered quality well as the most affordable car in the history of mankind; Tata Nano. The Tata cars decided to widen its category spectrum and launched the Tata Tigor in early 2017. The Tata Tigor is a compact-sedan offered by Tata Motors and takes visual cues from its sibling Tata Tiago launched earlier.

The Tata Tigor made a huge success in the compact sedan market in which it replaced its own cousin- Tata Zest. It was accepted by Indian public for its practical design, ample room space and a larger than life boot space of 419liters. Later in October 2018, Tata refreshed the Tigor with a facelift to keep the audience interested. The facelift will house diamond cut grille along with a chrome finish on the fog lamps clustered in bumper. The stop lamp is now an LED streak on the rear windshield; kudos to innovation and space saving! In short, the new Tata Tigor is all set to turn heads if the earlier one didn’t do so and to be honest, it did the same thing!

The interior gets a breath of fresh air with leather upholstery and fabric on the door panels too; luxury is not over-rated at all! Also, the top spec of XZ+ will get an additional 7-inch infotainment system compatible with Android auto and Apple Car play. Other neat updates include, electrically adjustable ORVMs, automatic temperature control along with a height adjustable driver seat. 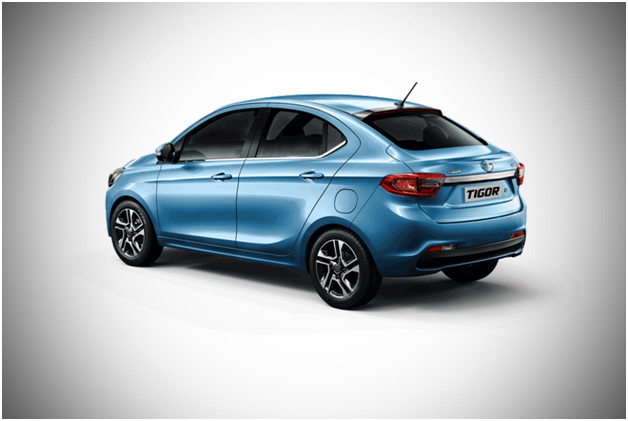 With Tata Nexon’s global NCAP test results, Tata has decided to raise the bar higher and hence it’s not compromising with passenger safety in any way. The dual airbags and ABS with EBD come as a standard in all Tata Tigor variants.

Talking about Tata Tigor price, it is offered in 9 different trims with petrol and diesel engines as option. The Petrol engine is 1199 cc Revotron enginewhile the Diesel one is a 1049 cc Revotorq engine. The Tata Tigor is known for its powerful engine along with award-winning ARAI approved mileage of 21 km/l on petrol and 27.28 km/l on diesel. The Tata Tigor starts at Rs. 5.5 lacs (ex-showroom New Delhi) for Revotron XE and goes straight up to Rs. 7.62 lacs for Revotorq XZ+. While the diesel engine holds the maximum price for top-model, the petrol variant is offered with an AMT which is surely going to bring some customers to the dealerships. Also, for those in need of extra juice of engine, they can always opt of Tata Tigor JTP which houses the comfort of top variant and power better than any car in the segment. 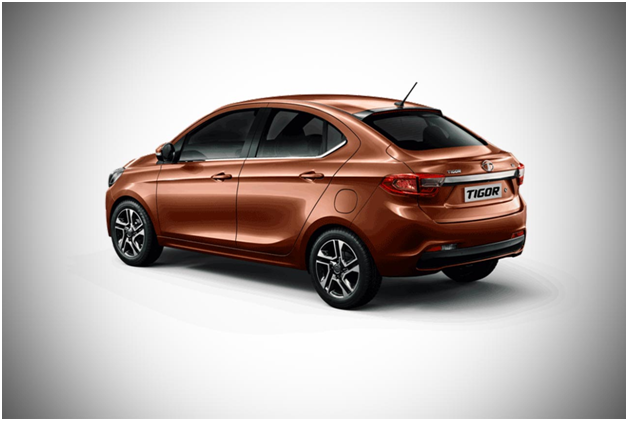 The Tata Tigor is a boon made even better with facelift and it’s quoted as the most desirable sedan of India. You won’t let it go right? So, don’t wait and reach your nearest Tata Dealership ASAP.