In the world of sports, Olympic is a big name and myriads of sports contests included in the event each time. Moreover, for winners, the precious metallic medals are the most attractive and matter of pride thing. Gold medals for the first place winners, Silver medals for second place, and Bronze medals for third place. 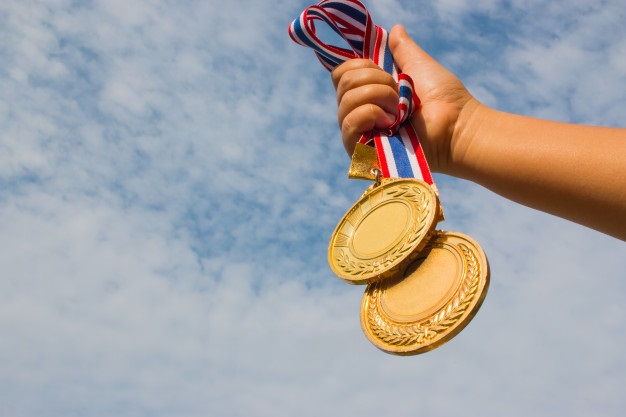 1 – Have a Motto on Winter Games Medals

Since 1924, in the Olympic Winter Games, medals come with a logo embossed on the surface. Of course, it is not found on Summer Games. The official motto engraved on medals is “Citius, Altius, Fortius,” which means “Faster, Higher, Stronger” in the simple English words.

Despite several changes in the Olympic medal design over the years, one thing remained the same, and it is Winter Games medals are always heavier than Summer Games. The summer game medals always stayed lighter in weight and classic in design. Whereas winter game medals have freestyle layout, and coins/medals remain thicker compared to summer medals.

3 – Olympic Games Medals Not Made of Pure Gold

It was the 1912 Summer Olympic Games where winners received gold medals with 100% pure gold. Afterward, the trends changed due to the inclusion of a number of new sports medals in the games as well as increase cost of pure gold, and Olympic official committee has replaced it. Now, Olympic gold medals used to consist of 92.5% of silver metal and a minimum of six grams of gold. Gold plating gives it the appearance of a gold medal.

Olympic medals are not always the same in design. The first reason is that the responsibility of medal design goes to the Olympic organising committee of the host country, not an official global committee. Therefore, minor changes in design become apparent, but the main requirements cited by official committee always remain the same.
The minimum requirements are
·         Each medal must have 3mm thickness.
·         It must be 60mm in diameter.
·         Each gold medal should have 6gm of gold and 92.5% silver.
·         Silver and bronze medals should not contain more than 30% recycled materials.
·         Athletes have given a wooden box/container to house the medals properly.

5 – Olympic Games Medals Only Hold Value in the Market, Not in Metals

In usual trophies and medals, we see the name of the winner always engraved by the giver authority/club. However, Olympic medals are missing the name of winners instead it has inscriptions of the discipline and event as well as the official emblem of Olympic Game.
7 – Taking a Bite of Olympic Games Medals
We used to see the photographs of the winner of the Olympic medals who are biting the medals with their teeth. In fact, in older days winners were checking the purity of gold in the medals by giving it a bite. Today it becomes the iconic symbol, and winners take pride in photographing the event in that pose.
8 – All-time Champions of Olympic Games Medals
Michael Phelps, an American swimmer, is an all-time winner in Olympic game, and he received 28 medals in sum including 23 gold and three silver medals. Similarly, the USA team have secured 2,681 Olympic medals in summer and winter games. Russian teams have collected 1,204 medals and remained at the second place.
9 – Once Olympic Games Medals Made from Real Money
For the 2000 Olympic Games in Sydney, Australia had used its one-cent and two-cent coins. In fact, Australia has removed these coins from the economy, so it had withdrawn all coins from the circulation and melted to create bronze medals.

10 – In Early Days, Olympic Games Medals Were Not Existing

In 1896, the first modern Olympic game played. The winners/athletes were crowned with a wreath made from olive oil branches. Later on, silver and copper medals were introduced for the 1st& 2nd place winners, and 3rd place winners were awarded valuable paintings.
Finally, gold, silver, and bronze were introduced with meanings attached to each metal. The gold era was representing the golden age of civilization when total harmony was prevailing. In a Silver, humans have started straying from piety. In a Bronze era, war and violence are on its high.
Conclusion:
We came to know many interesting things about Olympic medals. The most important bottom line is that medals are for inspirations, motivations, and productivity boosters. If you inclined to bring those in your sports championships or corporate appreciation programs, right medals, awards, and trophies are essential ingredients to include in the recipes.

Olympia in Australia is an excellent destination to get these all in desired quality, quantity, and quote. Let’s talk about it.