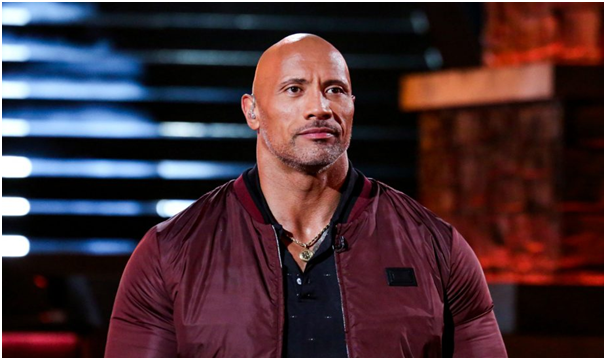 Dwayne “The Rock” Johnson is a professional wrestler and actor and is one of the biggest stars in professional wrestling and is one of the biggest crowd-pullers of Hollywood. Dwayne Johnson net worth is $280 million. Dwayne Johnson’s movies almost every time perform big at the box office, and he is a fan favorite from his WWE days, so it comes as no surprise that he is one of the highest-paid actors in the world. His movies have done a business of over $10.5 billion worldwide.

Dwayne Johnson began his career as a professional wrestler in the WWE. But The Rock’s first exposure to the acting world came when he appeared on the television show, ‘That 70’s Show’  in the year 1999. The Rock has also made a guest appearance in the movie ‘Beyond the Mat’. But The Rock’s first big role was in the 2001 film The Mummy Returns in which he played the Scorpion king.

Interesting enough Dwayne Johnson was not the top of the list last year, as that spot was taken by George Clooney.

Dwayne collects 15% of the pool from his franchise based movies, like Jumanji: Welcome to the Jungle, which collected $962.1 million worldwide. Dwayne Johnson was also paid $20 million for his role in Fast and Furious: Hobbs and Shaw.

The Rock is also paid $700,000 per episode for his appearance on HBO’s Ballers. He also earns around Seven Figures in royalties for his line of Clothing, his shoe line, and the headphones deal with Under Armour. Apart from all of this Dwayne Johnson is a brand in himself, he is a popular face all around the globe, his merchandise is very popular everywhere around the world, and a whole lot of people want to wear the Brahma Bull attire.

He will also collect an upfront salary of $23.5 million, his highest ever, for the upcoming movie Jumanji: The Next Level. He also has many upcoming projects lined up, like the San Andreas sequel, a Black Adam Movie and Jungle Cruise.

These are the top 5 highest-paid actors.

Dwayne Johnson is one of the most popular actors/entertainers in the world and is a huge crowd puller, and his movies do perform insanely well at the box office, so it comes as no surprise to see him as the highest-paid actor in the world. Dwayne Johnson’s popularity is increasing, and it would come as no surprise if we see The Rock tops this list again next year, After all, if someone makes you money, you have to pay him money and today there is no bigger star than Dwayne “The Rock” Johnson.