Whether you are trying to find your way through the airport or a new festive fair in your locality, way finding signage is highly useful for you. While airport signs may be relatively permanent and fair signs temporary, the guiding principles behind the placement and design of such signs are the same. 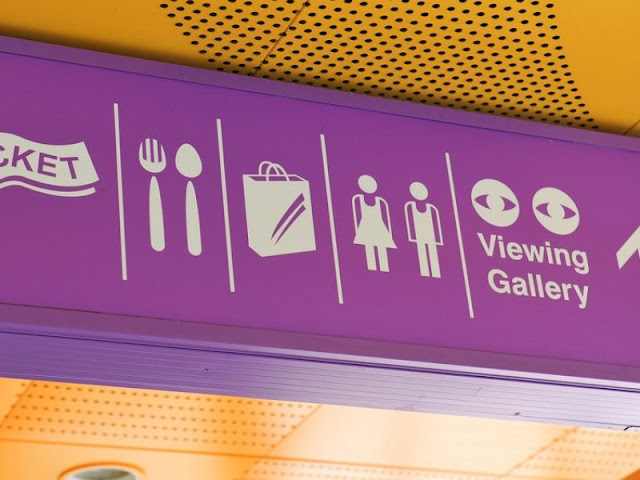 There are various kinds of wayfinding signage useful for navigation and way-finding. Signage type is different because of factors like use of space, design and others for guiding principles.The following are the major types of wayfinding signage:
Directional Signage
This is the most common type of signage that helps people find their way through various locations. Such signage typically offers arrows and symbols and in many cases have internationally recognizable designs. They are made by Directory signs maker in Naperville IL.
The example is signage in an airport. Its utility is fairly straightforward as it helps send people to the right direction: up or down, forward or backwards or left or right. But even directional signage can cause confusion.
The classic instance is when the sign, though designed perfectly but is put on the wrong wall, creating the opposite impact of misguiding people. This is common with temporary signage where there is not much information about where to put it up. People will be going around in circles in such cases.
So, such signs must be installed at the right points and must also be clearly visible with attractive font and hung high enough. Icons, images and backlighting also play an important role.
Conformational Signs
This signage is not for directing people but for reassuring them. It creates a positive user experience and also ensures the conveying of right impression and mood through right implementation.
For instance, in case of an airport, a sign indicating- ‘You have arrived at Gate X’ reveals you have reached the right destination. It indicates that you are where you wish to be and have not taken the wrong route. You are relaxed about having succeeded in the right navigation. So such signs indicate success in reaching the right spot. Such signs can help in steering of behavior.
Identification Signs
It is also vital to provide information to people about details like in case of airports:
·         Terminal number
·         Carousal number to collect baggage
·         Details of flight arrival and departure
·         Details like flight number and destination airport
Identification signs can be combined with confirmation signs to provide information.
Informational Signage
Many types of signage help to provide information instead of just directing or confirming location. Examples are:
·         Entrance time
·         Opening hours
·         Information about litter disposal
·         Help or special assistance
Regulatory Signs
Regulations, safety and security details need to be prominent in particular locations in locations like ports, hospitals, airports etc. Here, there are many users whose movements must be regulated. Such signs include signage for emergency lights, warnings and rules of access.
These are the major types of way finding signage. The problem is that all these signs may sometimes jostle for space and result in clustering (competition among signs). One can use the services of a Naperville Illinois directory signs expert.