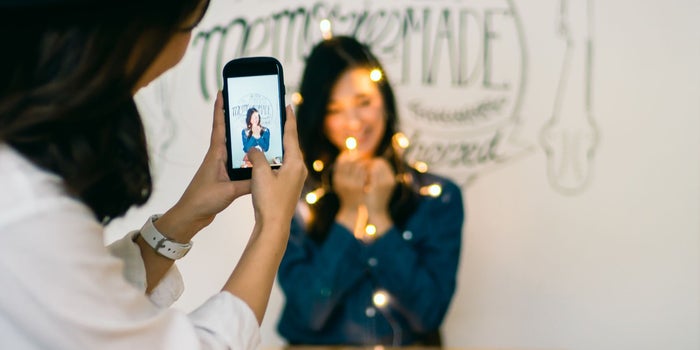 In 2020, all eyes seem to turn to TikTok. But it certainly won’t be the only platform to be successful in the coming months. Pinterest has been running a Pinterest influencer program for the past year to reassure users and position itself as the strongest social network on the Internet. Most recently, the app has presented collaboration opportunities to advertisers. For this, “Pinterest Academy” was created. These are online training for brands who want to understand how it works.

Pinterest differs from its competitors by the content that is shared there. No selfie or self-promotion, but rather inspirations. We don’t follow an influencer on Pinterest for his person but for his content. We follow a painting more easily than a person. It’s, therefore, a different paradigm from social networks where we are used to finding influencers who stage themselves. Users create folders renamed “pins” to list the images and texts that will inspire them for future projects. A strategy that seems to please since 300 million users are active every month. But so far, marketing influence campaigns on the platform have gone unnoticed by the general public.

To associate with an influencer on Pinterest, there are several solutions but everything goes through the visual. It is thus possible to ask content creators to work on specific pins or even create your own images so that they are shared. A few months ago, target collaborated with parent influencers to give decorating ideas for student rooms.

Influencer Marketing is on the Rise

Influencer marketing is on the rise with nano influencer campaigns, driven by the power of social networks in which opinion leaders play an often decisive prescribing role, which can make a product successful or cause it to lose. A power that brands strive to master with more or less success depending on the platform. Because it sometimes happens that “influencers” are difficult to spot when they evolve in niche communities that do not always have high visibility.

This is particularly the case on Pinterest which decided to take matters into their own hands by proposing an API that brands will be able to use to find and follow influencers. Users of this API will be able to classify these opinion leaders by categories, access various statistics (number of views, impressions, engagement by Pin) and identify the best performing user content.

Two figures to contextualize the scope of Pinterest: 100 billion pinned images distributed in 3 billion collections. This social network is not the only one implementing such a program. Facebook, Snapchat and Twitter have already done the same. This system will be supplemented on Pinterest by sponsored formats, such as videos and product pins, developed specifically for this operation.