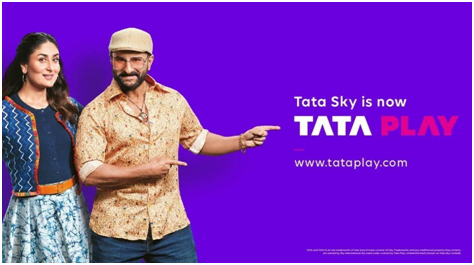 Having a movie marathon on the weekend seems like an exciting plan. After a hectic work week, watching your favorite movies or shows with your family and friends definitely sounds like a good weekend plan. There is a plethora of content that can be explored.

With service providers like Tata Play, the worlds of DTH and OTT are coming together. Tata Sky, one of the biggest DTH service providers in India, recently rebranded to Tata Play. It aims to provide a comprehensive content viewing experience by bringing your favorite channels and OTT platforms under a single platform. With Tata Play Binge+ set-top box and Binge combo packs, you can get access to various OTT platforms along with live TV channels. You can access all the popular OTT platforms like Netflix, Amazon Prime Video, Disney+Hotstar, Zee5, Voot Select, Eros Now, and more.

Customers can easily switch between different OTT streaming services and standard channels thanks to the affordable Binge combo packs. Wholesome entertainment in various languages and genres catering to different interest groups and audience are available. Also, with the addition of Netflix to the arsenal, you can enjoy a plethora of more popular global movies, TV shows, documentaries, and much more. So, now that you know about how to enjoy the best movies, let’s give you some widely-appreciated films to stream on popular OTT platforms on Tata Play.

It’s a film revolving around an ordinary man who turns into a superhero. A belt of lighting provides some superpowers to Minnal Murali. He needs to fight a foe with these newly-earned powers. Watch it on Netflix, available on Tata Play, to get a blend of comedy and action.

Available on Disney+Hotstar on Tata Play, this movie has been getting many positive reviews since its release. Atrangi Re has been praised for the acting of the enigmatic cast, including Dhanush, Akshay Kumar, and Sara Ali Khan.

The film starring Salman Khan and Aayush Sharma was released on Zee5, available on Tata Play, deals with the story of a gangster’s run-in with a tough cop. But the movie explores the hard conditions of farmers who are drawn towards crime. Watch it and decide whether the film could explore and portray the nuances in the way it wanted.

This Malayalam film, released on Sony Liv, an OTT platform available on Tata Play, is directed by Ahmed Khabeer. The storyline revolves around many people meeting at a Government hospital ward. The promo portrays the film as a warm and feel-good one. But will the backdrop of a hospital succeed in giving out a warm feeling?

The family drama with comic elements is the debut of Subhash Ghai on the OTT platform called Zee5, available on Tata Play. It is a murder mystery at its core but satirises the rich and the poor dichotomy. The cast includes Amol Parashar, Vijay Raaz, and Sanjay Mishra.

We have provided a list of movies to watch, and you can stream these movies under Binge combo packs on your mobile phones on the go. To watch it on a standard television, you will need an android set top box and a WiFi connection to stream the movies. Some of the features of the set top box are as follows:

Get Your Tata Play Subscription Today

Choose your Tata Play recharge plan to stream your favorite content on a wide range of OTT platforms. For more information, https://www.tataplay.com/.