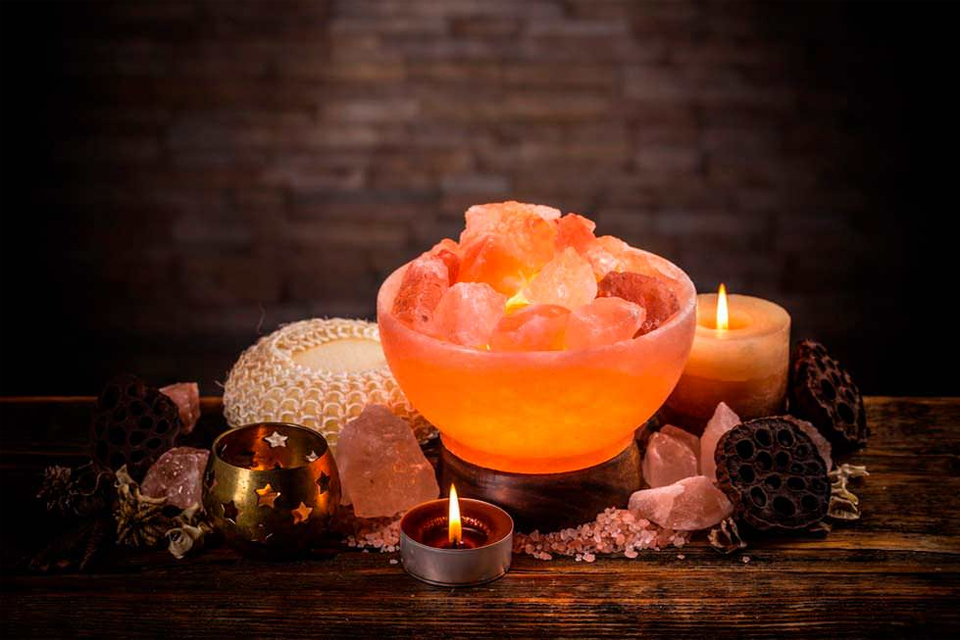 Salt lamp mostly called Himalayan Salt Lamp with the Himalayan word emanating from the fact that this salt lamp is harvested from Himalayan Mountains situated in Asia. You can find them in homes, offices, and spas too, used for interior decor and its alleged health benefits.

This article focuses on the benefits of the salt lamp and if it really helps Asthmatic patients.

How does salt lamp work?

Naturally, the human body needs salt to help with blood regulation, hydration, balancing of electrolyte and so on. But these are achieved by consuming this salt. Now knowing that most people are not eating salt lamps, which brings us to another property of salt, its hygroscopic nature. Water molecules are known to float around our environment carrying along with allergens, pollutants, dust particles, and the likes. So it is believed that the salt lamp draws these water molecules in the air to itself.

Once the lamp is heated, the water vaporizes back to the air while the allergens and pollutants are held back on the salt lamp.

Another thing the salt lamp is claimed to do is generate negative ions. These negative ions help balance out the positive ions generated from electronics like TV, phones, computers, etc, that end up causing an overflow of electromagnetic radiation that can be detrimental to the health in the long run.

Asides the decorative purpose and class to which Salt Lamps add to our homes and offices, there are also some health-related benefits that they are alleged to have. Below are some of the benefits that salt lamps are believed to have;

With all the benefits that the salt lamp is claimed to provide, there are places in which they can be kept so you can take full advantage of the above-mentioned benefits. We look at a few places that these lamps can be kept so it is not only beautiful to the eyes but also of maximum benefit.