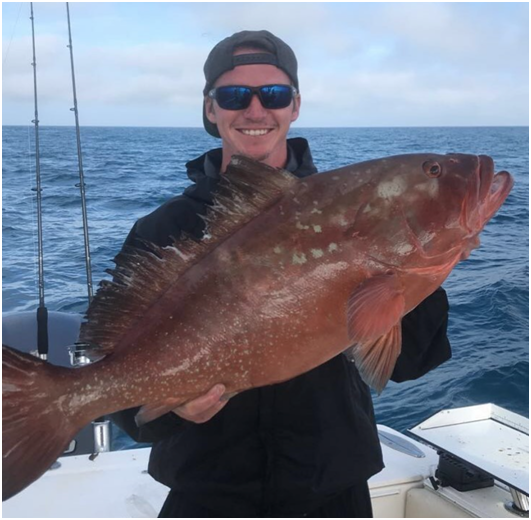 Fishermen love to share stories about their greatest catches. Many fishermen believe that the largest fish they caught was the one that was lost. For those lucky enough to catch a huge fish, it’s an experience they will never forget.

These are stories from fishermen around the globe about the largest fish they have ever caught. These fish may even have broken world records in some cases!

WHO KEEPS RECORDS OF THE BIGGEST FISH EVER CAUGHT?

Is it possible to wonder who keeps the records on the largest fish caught? The International Game Fish Association keeps records. The IGFA, a non-profit organization, promotes sustainable fishing and helps to conserve game fish populations all over the globe.

The IGFA has its headquarters in Dania Beach, Florida. It continues to monitor catches from around the world and collaborates with scientific organizations to conduct marine conservation research and promote fishing as a hobby worldwide.

These catches are impressive but pale in comparison to the largest fish ever caught (which will be revealed at the end).

IFFA has a few criteria to track records of the largest catches. The main selections are freshwater and saltwater catches.

True fishermen will always ask if the catch is fresh or saltwater when comparing them. There have been many impressive freshwater fish catches throughout the years.

You might be curious to know which continent has what type of fishing surprises. Here it is.

It’s an unforgettable experience for those who are lucky enough to be able to catch one of these giants.

You never know what else might be out there just waiting for you to catch it.

BIG CATCHES IN THE USA

The largest freshwater fish from the USA is the paddlefish, which weighed 155 lbs (70 kg). This huge fish was caught in Nebraska in 2005.

The angler caught a 482-pound halibut off the Alaskan coast in 2014. However, the angler was not qualified to hold the world record for this catch. Instead, they used the shotgun to subdue the catch. Other large fish have been caught in the USA in the past, including the 1,376-pound blue Marlin from Hawaii in 1982 and the 1,323-pound (600 kg) tiger shark off the Florida coast in 2019. However, this was not confirmed by IGFA.

A massive tarpon was one of the largest fish caught in St. Petersburg. It weighed in at 732 pounds and measured nearly 13 feet in length. The record was set by William A. Gentry, an angler who caught it in 1931. Gentry’s catch is still a remarkable feat that fishermen remember and talk about today.

An angler caught a 683-pound, hammerhead shark off St. Petersburg’s coast in 2012. It measured nearly 14 feet in length and took almost two hours to reel in.

A 1,280-pound Great White shark was the largest fish ever caught in Florida. This huge shark was captured off Key West’s coast in 1945. It was nearly half a tonne in weight and measured 21 feet in length.

Alfred Dean, an angler from Ceduna in Australia caught the largest fish ever caught by man. It was a great white shark that was captured in 1959. It weighed an incredible 2,664 pounds. He took 50 minutes to complete the task on a 130-pounder.

Florida anglers love fishing and are proud to have caught the largest fish. The stories of the largest fish, whether they are a huge tarpon or a great white shark, make for good reading. These stories are often retold and become part of state lore.

You can fish for big fish, or you can just have fun fishing. While many fishermen are proud to have caught the largest fish, few can claim to own the record for the largest fish.