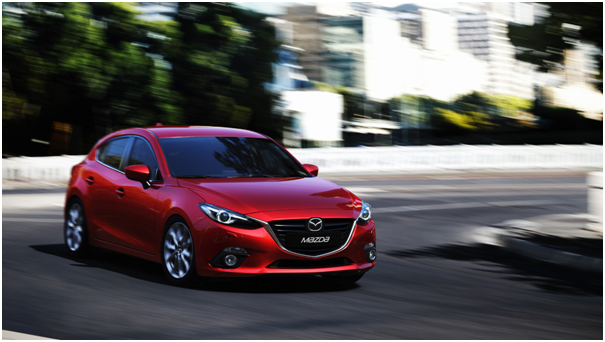 Mazda has always aimed to offer in their cars an outstanding safety performance, environmental sustainability, luxurious cabin comfort and driving pleasure. It is the basic philosophy, that Mazda follows while making every model, apart from giving them a design that earns them the name “irresistible”. To achieve their ultimate goal ofcreating a safe automotive society that will be free from the fear of road accidents.

With this clean and clear approach to car Safety, Mazda has taken up an initiative to improve three major areas; i) vehicles, ii) road infrastructure, iii) and people.

As learned from an expert who is associated with the Las Vegas car dealers, Mazda uses the following safety technologies that encircle the above said areas and help reduce the probabilities of road accidents first by preventing them from taking place and then by reducing the impact of its harshness on people.

The i-Activsense is mostly referred as an umbrella term in Mazda that clubs a series of advanced safety technologies with the help of several detection devices like milli-wave radars and high end view cameras. Hence, any Mazda car equipped with i-Activsense, will be able to recognize the potential hazards, that will buy the driver some time to take timely decisions that can prevent collisions from happening. But in spite of all this, if the collision becomes inevitable, i-Activsense will help reduce the severity of the injuries on the car occupants.

The Intelligent Transport Systems or ITS in short is a term for all the functionalities that the recent Mazda cars are equipped with to reduce the probabilities ofcar accidents. The system also guides the driver to even avoid traffic congestion through the transmission of relevant information displayed on the infotainment screen.

This is a system that accompanies the ITS by curbing down theaccidental acceleration inputs when the driver might have stepped on the accelerator unintentionally. The system comes handyespecially in situations when the vehicle is not in motionor the laser sensor can detect an obstacle at the front. It stops sudden acceleration from taking place by curbing down the engine output while sending an alert to the driver through a warning light that will be displayed on the meter.

Smart City Brake Support (SCBS) is programmed to help the Mazda driver avoid any probability of frontal collisions especially when the car is been driven at slow speeds which is so common in urban areas and in congested traffic.

The SCBS also works the same way for the rear-end collisions that are even more common in the cities.  These collisions generally occur when the car is driven at a relatively low speed of 30km/h or even less.

To know more about Mazda safety features, get in touch with the experts of the Las Vegas car dealerships.