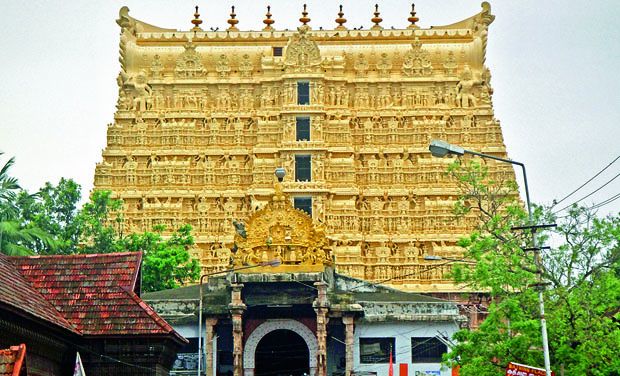 India is the second most populated in the World, a land rich in culture from food to religious beliefs; probably it is among the most hospitable and kind-hearted people. The kindness is because of how people are spiritually enlightened. The largest religion in India is Hinduism with 80% of the country’s population; this justifies to the high number of temples designed by classy architects and decorated with a high feeling.

The temples are a beacon of hope and kindness is natural due to the faith and belief in the religion. Unlike in other situations where the accumulation of wealth is through corruption or mischievous ways, the temple’s wealth is pure on the view of the Hindus the God is the ultimate doership and thus whatever wealth one has is God given and as such used in good works such as donations.
Donations are the sources of wealth for the temples which are usually in the form of money, valuable objects or income from land grants. The spirit behind gift includes gratitude for the services believers acquire from the temple or fulfilment of a vow. All the accumulated wealth from all the sources finance building, upkeep and renovation of the temples.

Over the years so much wealth has accumulated in the temples given that the country is the world’s second most populated with three-quarter of its people being Hindus. Consider the Sree Padmanabha Swamy temple dedicated to Lord Vishnu located in Thiruvananthapuram in Kerala state. It is at the top of the list on the world’s richest temples.

In the year 2011 when the temple became under the spotlight, an audit ordered by the Supreme Court was made to establish the real value of the temple. The enormous, treasurable collections revealed the cost of the treasures $22 Billion, which comprises of mainly the gold items. Though, the documented wealth amounts to $22 billion there are controversies and mysteries surrounding the Secret vaults most especially the infamous vault B and the wealth. Sree Padmanabhaswamy temple wealth is estimated to be over 1 trillion dollars.

Full details for the justification that Sree Padmanabhaswamy is the richest temple in India has not yet been revealed. However, there are confirmed reports of some the items found which include;

A full solid pure-golden idol of Mahavishnu (4 by 3 foot) studded with entirely precious stones and diamonds.

A solid throne purely golden also studded with diamonds and precious stones.
Thousands of real gold chains and a long (5.5 m) golden chain.
A golden veil that is 36kg.
Hundreds of thousands of Roman Empire gold coins.
Several sacks filled with golden necklaces, diamonds, rubies, gemstones, diadems among other objects made of precious stones.
Several Napoleonic-era coins.
Thousands of gold pots, hundreds of purely golden chairs, at least three solid gold crowns studded with precious stones and diamonds.
800kg and 600kg of gold coins dating around 200 BC and the medieval period simultaneously.
The above list describes the July 2011 opening of the vaults A, C, D, E and F. There are over 3000 bundles, each bundle consisting of hundred-thousand leaves donations of gold and precious stones which are yet to be studied. If the value is estimated to be over a trillion dollars what about if the value of all the bundle were assessed?