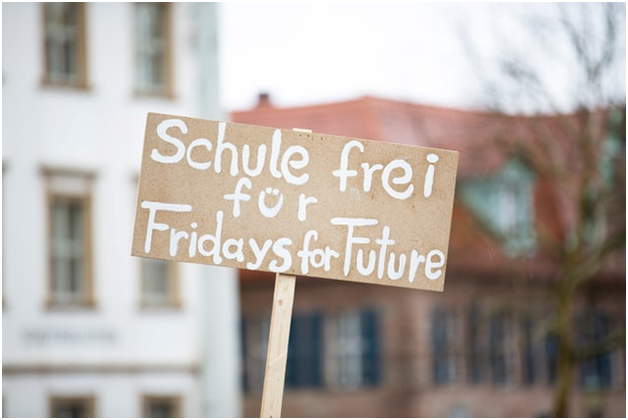 Children are very delicate and intelligent people and must be treated very carefully. For that, good parenting is necessary as these innocent beings carry a brain that is like blank paper, and whatever you will write on that blank paper will determine their character and personality. So parents and other members of the family should always take good care of their upbringing at all times. Let’s have a look at the different views of thinkers and other prominent personalities about children and the way they can become agents of change in society:

Safety and security don’t just happen, they are the result of collective consensus and public investment. We owe our children, the most vulnerable citizens in our society, a life free of violence and fear. (Nelson Mandela)

Nelson Mandela is a man who has seen a lot of things in his life and is known to have spent a vast part of his life behind bars. He was a revolutionary and a philanthropist besides his political career. He has seen people dying and living in violence and different degrees of difficult situations. For his people to prosper, he wanted to recommend a society where children could be educated and made valuable citizens. To get this done one should provide better education to the young generations and a safe and decent environment so that they can help to add more value to their life and the life of the nation as well.

When I approach a child, he inspires in me two sentiments — tenderness for what he is and respect for what he may become. (Louis Pasteur)

Louis Pasteur is one of the most renowned chemists who discovered the germ theory for vaccines and treatment for dog bites. He thinks that kids carry two sentiments including their lovely nature and the tenderness of their personality and the things that he sees in them. He sees that the kid in front of him has a lot of potential as a human being and he or she can become somebody who would add more value to society and the lives of people around them in the times to come. He respects this assumption and so he has a very respectful relationship with them.

The greatest legacy one can pass on to one’s children and grandchildren is not money or other material things accumulated in one’s life, but rather a legacy of character and faith. (Billy Graham)

Billy Graham points toward one of the most important aspects of life. He believed that’s one of the most important things in life is to work day in and day out to build a legacy that they can leave behind them. To get this done one should not consider money and wealth as the only thing to pass on after they die. One should also pass on their principles, belief, and faith in God and good character so that they become known as a race or family of the virtuous and people of good character and pass it on to the ones who will come after them.

Children are our most valuable resource. (Herbert Hoover)

Herbert Hoover served as the 31st President of the United States and was one of the prominent people associated with politics and worked for the US Food Administration as well. He concluded that children are one of the most valuable resources of American society and are the builders of future generations. According to him, children should always be treated with kindness and be provided with proper nourishment and education as the nation and the future of the nation depends on them.

Albert Einstein is one of the most profound physicists the world has ever known. He was a strong advocate of having a good imagination as it has the power of innovation and creation alike. He urges parents of his time and the future to add more to their children’s intellect by reading them fairy tales. It does not only help them to improve the power of imagination but also helps them to know the importance of having positive and constructive thinking. Fairy tales have stories wherein the virtue of the good always vanquishes evil. This is what he wants to make the young ones think in life and bear a sound character as well as bear an intelligent and creative mind. You can get many of these storybooks and novels online as well. You can Buy TV Internet Phone services by Spectrum if they provide services in your area.

One can conclude by saying that being a parent makes you a vital citizen of the society who has the responsibility of creating better human beings who are capable to add more value to the world. As parents, it should one’s duty to provide their children with firm principles, better education, creativity and a constructive character. This will further create a better family which will further shape or reshape the entire society and nation in a good way.

Caroline is doing her graduation in IT from the University of South California but keens to work as a freelance blogger. She loves to write on the latest information about IoT, technology, and business. She has innovative ideas and shares her experience with her readers.